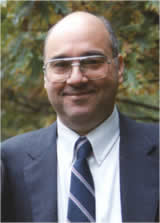 Taterka served an internship in Medicine at St. Vincent's Hospital in New York City from 1956-57, and did his residency at Bellevue Hospital Center beginning in 1957.

He climbed the rungs of the academic ladder, starting his teaching career at 1960 at the NYU medical school as a Clinical Teaching Assistant in Ophthalmology. He became an assistant professor in 1964, and was promoted to full Professor in 1976.

In addition to his academic appointments, Dr. Taterka had numerous hospital appointments over the course of his career. He was an Attending at Bellevue, University Hospital (now Tisch), and the Beekman-Downtown Hospital. He was also a Section Chief in Ophthalmology at the New York V.A. Hospital, and an Associate Director of the Bronx Eye Infirmary.

Dr. Taterka was a Fellow of the American College of Surgeons, and was certified by the American Board of Ophthalmology in 1962, and the National Board of Medical Examiners in 1957.

Dr. Harvey Taterka passed away in July of 1990.