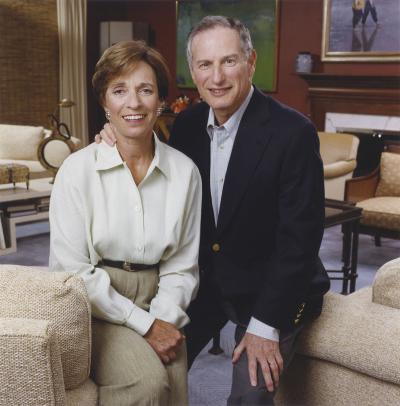 Sid Lapidus was born in Brooklyn and moved to New Rochelle, New York when he was 14. Mr. Lapidus graduated from Princeton University where he majored in History, and holds a law degree from Columbia University. He is a retired partner of the New York-based private equity firm Warburg Pincus, and has served as a trustee of NYU Langone since 2001.

Mr. Lapidus also has wide philanthropic interests. He has held a long and deep interest in the early expansion of liberties for all Americans. He purchased the first title of his extensive book and pamphlet collection, Thomas Paine’s “Rights of Man,” in the summer after graduating from Princeton. He is past and present Chair of several institutions including the American Antiquarian Society, American Jewish Historical Society, and United Neighborhood Houses. In addition, he and his wife have established significant fellowship programs in the American Revolutionary Era, opposition to slavery and the slave trade, and American Jewish Studies.

Sid’s wife, Ruth, was born in Manhattan, graduated from Bronx High School of Science and Hunter College, and has a master’s degree in Public Health Administration from Pace University. She is also a certified medical records administrator. She is a board member emeritus of Planned Parenthood Hudson Peconic and on the governing board of the American Jewish Committee (AJC).